Lauryn Hill: Our 1998 Artist of the Year 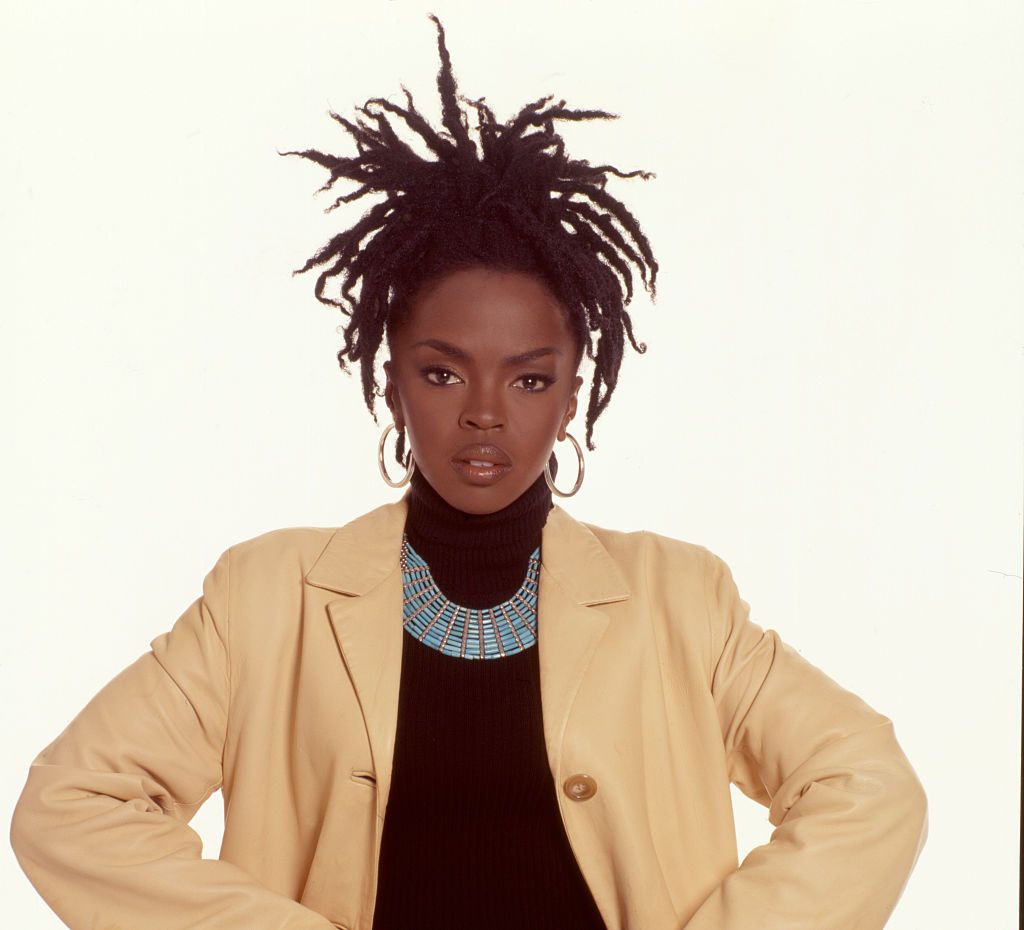 This article originally appeared in the January 1999 issue of SPIN. In light of the Fugees reuniting, we’re republishing it here.

A baby-on-board Lauryn Hill is feeling “fat and bothered,” hanging out with her mom and toddler son, Zion, in the kitchen of her New Jersey home. “I’m due tomorrow,” she jokes. Actually, she’s got a month to go and she’s still relatively active, planning to catch a screening of Beloved later this evening. Hill originally had a starring role in Oprah’s slavery epic, but had to drop out when she realized she was pregnant. But while the movie didn’t light any box office fires, Hill’s multiplatinum solo debut, The Miseducation of Lauryn Hill, spoke deeply to the everyday experiences of millions of young black women in 1998. And in a fractured musical landscape, it simultaneously united the SoundScan masses—from hip-hop heads to frat rats to Lilith Fair maidens—and established Hill as one of woefully few career artists to emerge this year.

Both inspirational and occasionally difficult, Miseducation is the most “feel-good” record of the year, and not just because you can feel good about yourself for liking it. When a black artist brings people together like this, it seems like societal gaps are a little bit narrower. “In New York, I’ve had Italian cops come up to me at the Port Authority [bus station] and tell me they love the record,” Hill says. “I think the world is a lot smaller than I thought [it was] growing up.”

At a time when much major-label hip-hop and R&B seems like it’s tossed-off by a production-line army, the Fugees member wrote, recorded, and produced a very personal coming-of-age opus almost entirely on her own. From spirituals to Stevie Wonder to dancehall, Hill harvested the history of black music for an idiosyncratic brew—sing-song melodies, edgy production, enviable rhyme skills, back-to-church vocals—that definitely played to the people, but also challenged them to meet her ambitions halfway. Like her “I Used to Love Him” duet partner Mary J. Blige, Hill asked us to share her world, graphing it with both precision and poetic insight: the neighborhoods that spawned her (“Every Ghetto, Every City”); the loves that scarred her (“Ex-Factor,” ‘When It Hurts So Bad”); and the motherhood she says saved her (“To Zion,” a tribute to her first son).

“I was thinking that hip-hop and R&B as we now know them aren’t as personal and intimate as the music I want to make—a lot of it is very braggadocious and cool,” she says. “I was nervous that people weren’t going to be able to relate, or would think I’m a Martian. To know that people have responded in such a way makes me realize that they’re actually very ready for truth and real experiences.” Indeed, Miseducation set a record for first-week sales by a female artist.

Such success has a way of reshaping the way the music business treats women in general. Drew Dixon. the Arista A&R rep largely responsible for hooking up Hill’s production duties on Aretha Franklin’s 1998 “A Rose is Still a Rose” single, says that it was initially a “hard sell getting people to believe that this 23-year-old African-American woman best known for singing the hell out of [the Fugees’] ‘Killing Me Softly’ cover is also a really talented writer and producer.” Soul singer Kelly Price, a writer/producer/artist/momma in her own right, hails Hill’s foray into the male-dominated world of R&B music production. “In every struggle there has to be a pioneer who gets recognized for paving the way,” Price says. “In this particular battle, Lauryn is the chosen one. Her going out there and enduring the tough times makes it a little bit easier for me.” 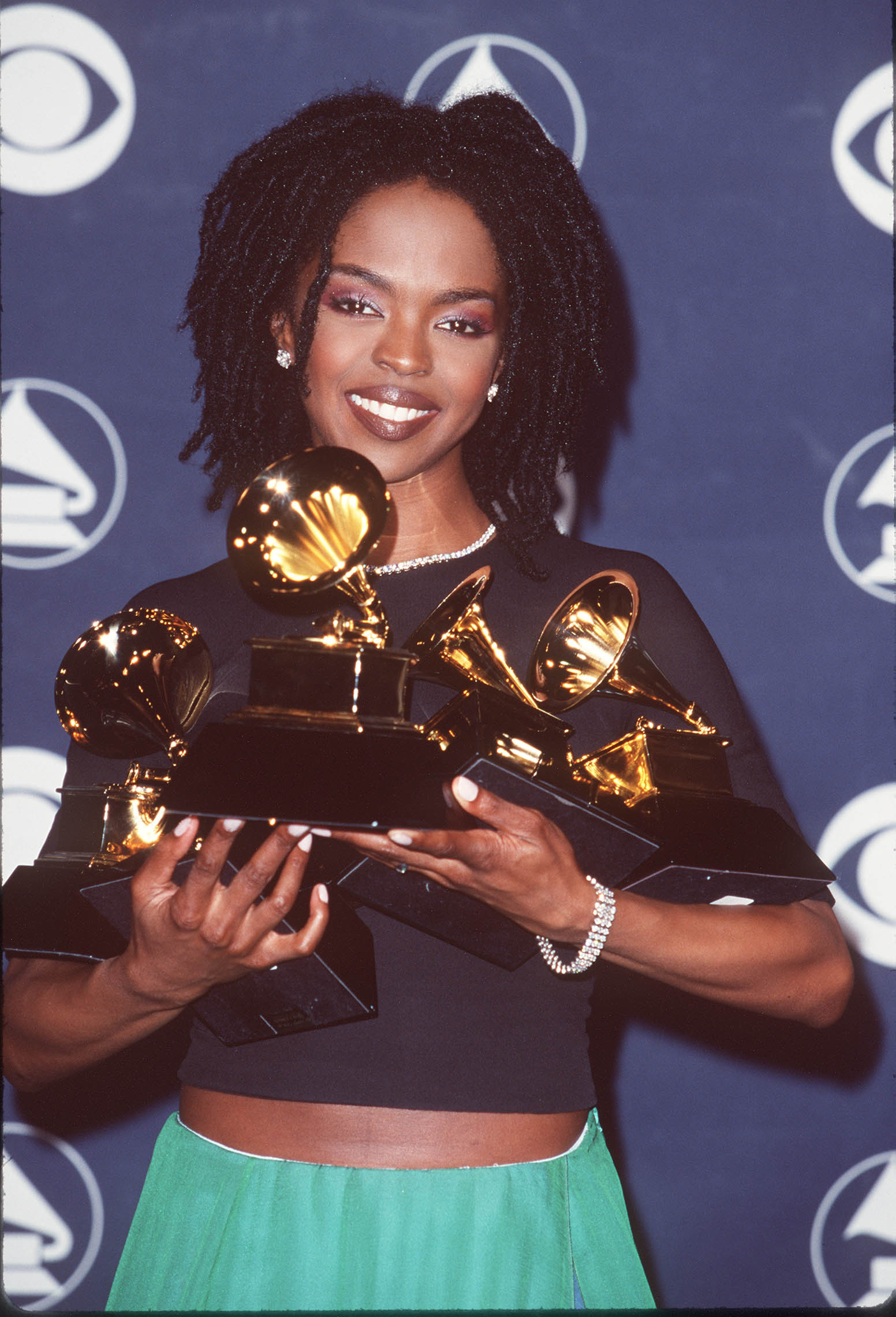 But Hill’s almost unnerving perfection—brains, beauty, talent, mass success—and a slightly high ‘n’ mighty traditionalism got under some folks’ skin. Doubtless many artists took offense at the song “Superstar,” which tells an unnamed offender “everything you drop is so tired.” Then there’s a bougie moralism that occasionally surfaces at a time when people definitely don’t want their pop to preach. True, it breaks hip-hop’s chains of ghetto realness, and underscores an affinity for the grand tradition of uplift-the-race women. But by chastising sistas for “showing off your ass ’cause you’re thinking it’s a trend” (“Doo Wop”), she’s dissing the same women who get dogged by her hip-hop brethren, and who only got a voice when Lil’ Kim and Foxy arrived. It didn’t help that HiII bared a heaping helping of her own flesh on the cover of various magazines. Similarly problematic is the song’s lyric, “Hair weaves like Europeans / Fake nails done by Koreans.” Despite Hill’s defense that “it was just a rhyme,” it feels both anti-Asian and as trite as any hype-man’s call out to “just the girls with the real hair.” Flip through any black hair mag and you’ll see bugged-out weave-do’s that Barbie wouldn’t touch with a ten-foot pole.

At the Diva Hair Salon in Columbia, South Carolina, where the fake hair starts flying as early as 6 A.M. on Saturdays, the sleepy-eyed customers have much to say about the matter. “Doesn’t Lauryn wear a weave in that video?” asks salon proprietor Sharon Robinson. “No,” says a cute curl-flashin’ teen, “that’s a wig.” “Well, a wig and a weave are first cousins. They’re in the same family,” Robinson says with a laugh. Another stylist, sporting skillfully woven bangs, thinks Hill is “trying to get at a certain type of woman.” Of course, no one at the crowded shop thinks she’s talking about them.

When I relay this story to Hill, she howls. “Oh, yeah. It’s that other girl with the weave!” She adds that it’s not a “specific sister” she’s talking about, but a “mind state”: “Versatility is beautiful. I’m not saying that women can’t straighten their hair. It’s the idea that anything contrary to that is hideous—a self-loathing type of attitude—that I’m talking about. But this is just one woman’s story. What I’m saying shouldn’t be confused with me telling anybody how they should live their life.”

Hill knows how it feels to have people telling her how to live. Her first pregnancy was met with plenty of “bad career move” advice. “I had a conversation with [jazz vocalist/activist] Nina Simone,” Hill says, “and she said, ‘Lauryn, I don’t think that a woman can have a family and be in the music business.’ It was a heavy thing.” So far, though, motherhood has been working to Hill’s advantage. The baby-positive song “To Zion” was immediately jumped on by radio programmers, even though it isn’t an official single. This account of her very public pregnancy lends her a groundedness and credibility that differentiate her from plastic-seeming pop stars. And as Sheri Parks writes in the book Lion Mother of the American Soul, “The black mother is one of the most enduring images in pop culture for white and black audiences.” You can bet, though, that the pacesetting Hill will continue to put her distinct spin on the whole traditional-mother thing. “I don’t want to be matronly,” Hill says. “I don’t want to be 300 pounds, making pancakes!”