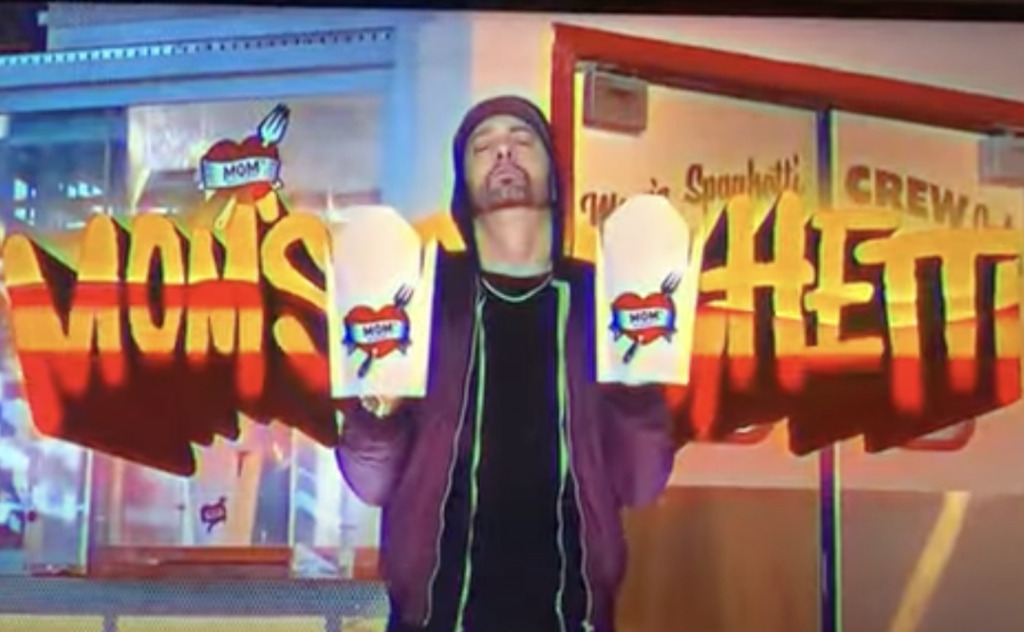 The name, of course, comes from the opening verse of 2002’s “Lose Yourself,” where Eminem raps: “His palms are sweaty, knees weak, arms are heavy / There’s vomit on his sweater already, mom’s spaghetti.” Not the most appetizing inspiration for a restaurant, but the lyrics have become iconic.

Mom’s Spaghetti is slated to open its doors on Wednesday, Sept. 29, in downtown Detroit and plans to serve “spaghetti, meatballs, spaghetti with meatballs, or no meatballs, and the s’ghetti sandwich” according to a phone line recording (call 313-888-8388 to get more details).

The rapper’s been advertising his new business endeavor with a local television spot, and it’s pretty amazing. Not only does it feature Eminem towering over the Detroit skyline, it also shows him double-fisting to-go containers adorned with the word “mom.” Watch the commercial below.

Though this is the first brick-and-mortar restaurant Eminem’s opened, the concept isn’t new. In 2017, he donated batches of the famous pasta to hurricane victims in Houston and Puerto Rico, and last year he served up mom’s spaghetti to Michigan healthcare workers who were battling the frontlines of the COVID-19 pandemic.