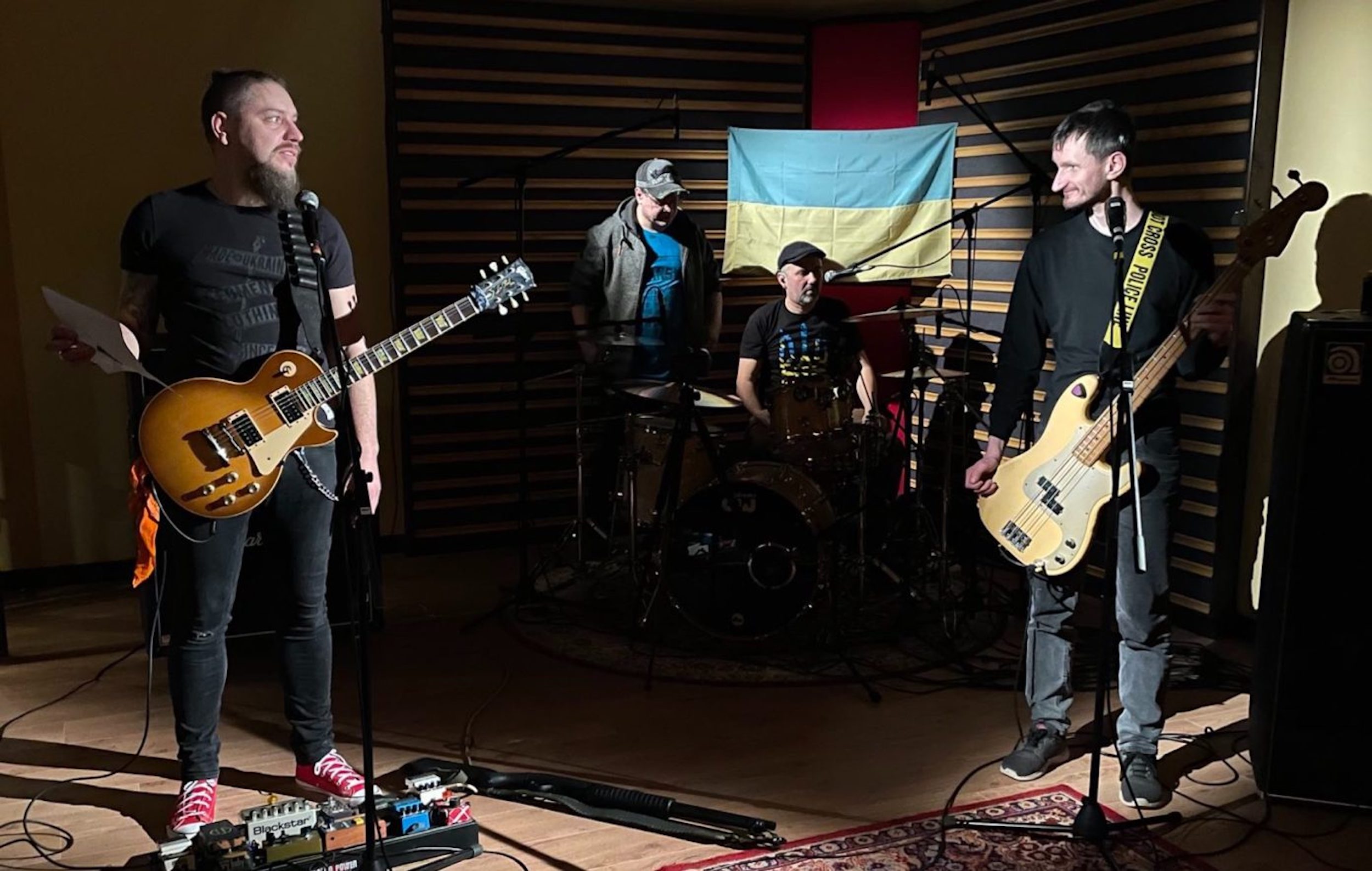 The trio received permission by the surviving members of the Clash to re-record their 1979 hit and changed the lyrics to a call to action for other Ukrainians, and the rest of the world, to rise up and resist the Russian invasion.

“The Iron Age is coming, the curtains coming down/ Engines stop running, the wheat is growing thin,” Beton frontman Andriy Zholob sings in the chorus. “A nuclear error, we should have real fear/ ‘Cause Kyiv is rising/ We live for resistance.”

The video, which you can watch below, shows footage of the war shot by Beton’s friends and family.

“Kyiv Calling” was recorded in a studio in Lviv, Ukraine on March 17th and 18th, the same day Russians fired missiles at the city that houses displaced citizens. Former Joe Strummer collaborator Danny Saber mixed the track and all proceeds will go to the citizen-led organization Free Ukraine Resistance Movement.

“Many Ukrainian musicians are now on battlefields or in territorial defense,” Zholob told the Guardian. “They’ve changed guitars to guns. We hope this song shows Ukrainians’ spirit and our defiance to Russian aggression. We are glad it is going to be played around the world as a symbol of solidarity and hope.”

“The Clash were one of our inspirations when we fell in love with punk rock and music in general, there is no snobbery or pretentiousness to the music, they had something to say and voiced their opinions against human anger,” Zholob told NME. “‘London Calling’ epitomizes all of that and we are very happy to be able to take this iconic classic and turn it into our own anthem with new meaning and life.”

“We are glad it is being played not just in Ukraine but around the world as a symbol of solidarity and hope,” he added.”Our country will defend our hard-won liberty and protect our right to self-determination.  We have no doubt about our victory, we are proud to be Ukrainians and feel support from musicians abroad. This means so much!”

Artists around the world have been showing support for Ukraine during the war. On Friday night, Arcade Fire hosted a surprise benefit show at New York City’s Bowery Ballroom. Read more about it here.