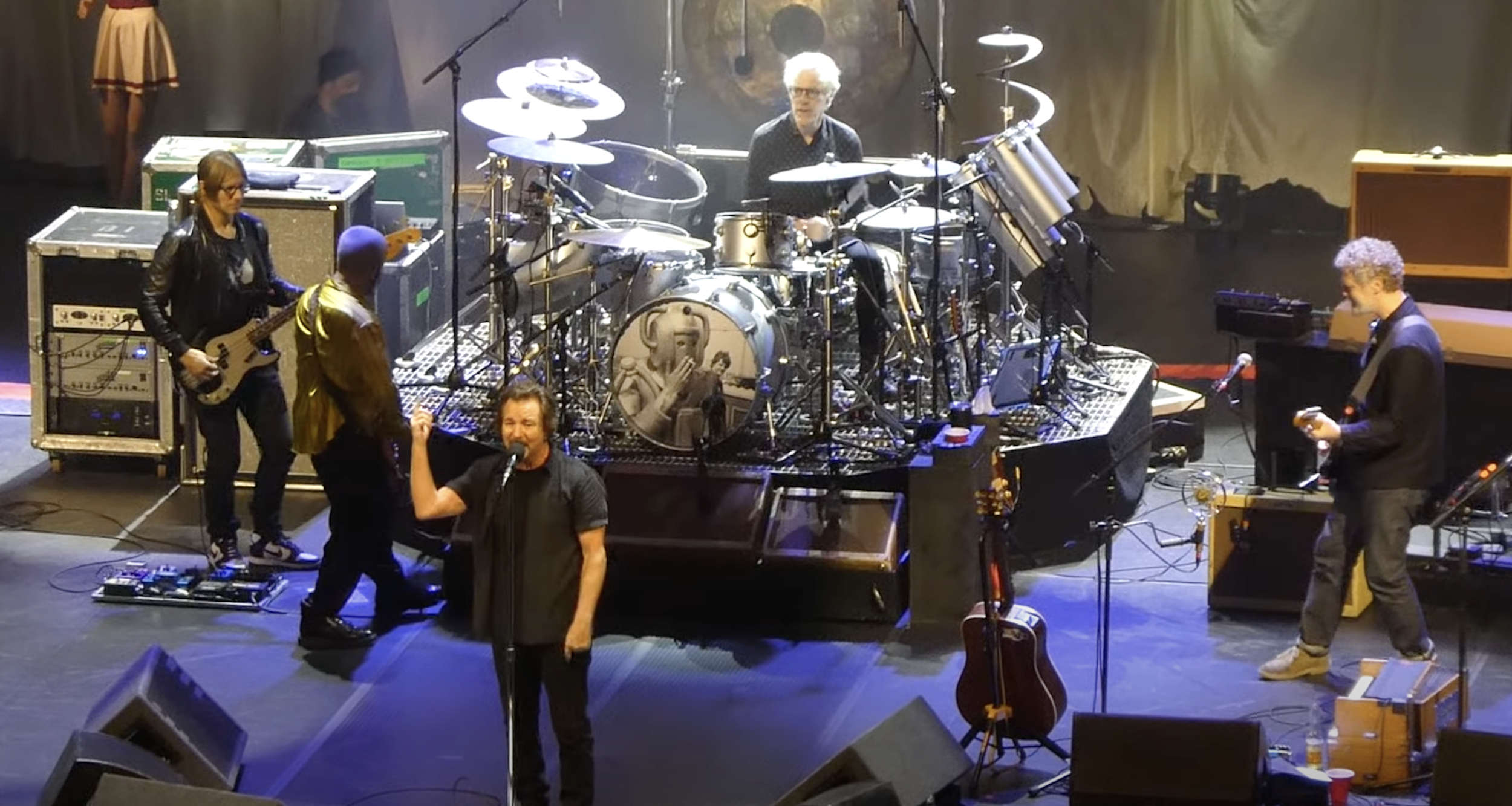 Eddie Vedder’s been bringing out special guests during his Earthling tour. In Seattle, Guns N’ Roses’ Duff McKagan joined him to cover the Pretenders’ “Precious,” and his daughters both made appearances.

Last night, during his reschedule Los Angeles show, the Pearl Jam frontman brought out Tom Petty and the Heartbreakers’ Benmont Tench to cover “Room at the Top” and “The Waiting.” (He also helped out with “Long Way,” “Better Man,” and covers of Marvin Gaye’s “Baby Don’t You Do It” and George Harrison’s “Isn’t It a Pity.) During the encore, The Police’s Stewart Copeland hopped behind the drum kit for a cover of “Message in a Bottle” and Neil Young’s “Rockin’ in the Free World.”

Check out the setlist here and fan footage from the show below.

On the second night of his Seattle homecoming, Vedder paid tribute to Mark Lanegan, who had passed away earlier in the day.

“I got here at four o’clock and all of a sudden, my body started shaking and I started feeling really terrible,” he told the crowd. “I had an allergic reaction to sadness.”

“Some of those guys were one-of-a-kind singers, and Mark was certainly that,” Vedder added, referring to Seattle’s prolific grunge scene. “It’s hard to come to terms at this point, but he’s gonna be deeply missed…just wanted to process it and put it out there and let his wife and loved ones know that people in his old stomping grounds are thinking about him, and miss him a lot.”