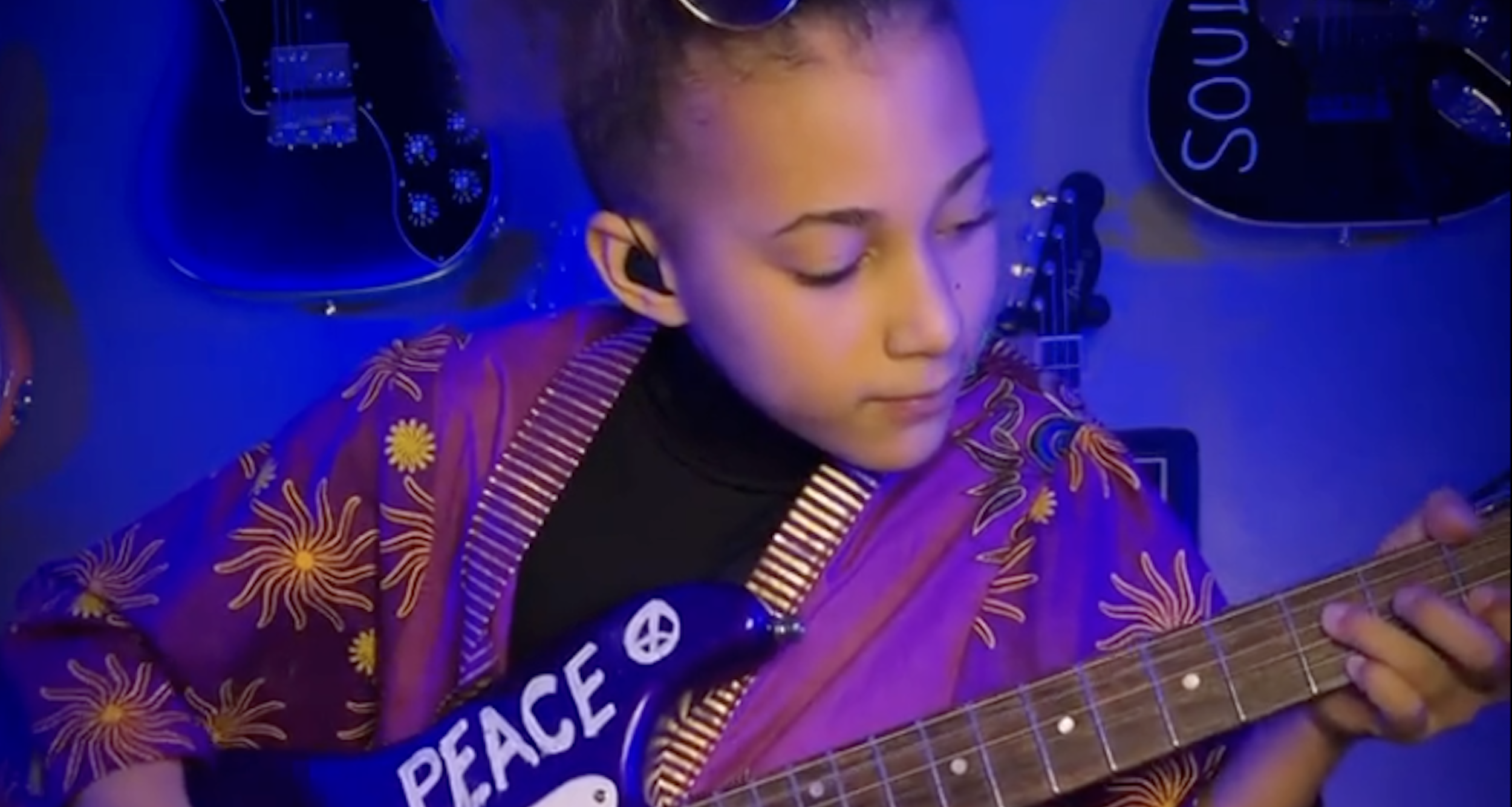 Nandi Bushell has been focusing on leveling up her drum chops this year with covers of Fatboy Slim’s “Right Here, Right Now,” Ed Sheeran and Bring Me the Horizon’s “Bad Habits,” and Rush’s challenging “Tom Sawyer.” But she took a break from that today to remind fans that she’s also an excellent guitar player and showed off her skills with a cover of Jimi Hendrix’s “Little Wing.”

“Peace, Love and Respect! This is #littlewing by #jimihendrix, one of my favourite #hendrix tunes,” Bushell captioned a Twitter video. “I have spent this week relaxing, off school, and jamming my #fender #guitar To all #peace #love and #respect“

Watch her cover “Little Wing” below.

Peace, Love and Respect! This is #littlewing by #jimihendrix, one of my favourite #hendrix tunes. I have spent this week relaxing, off school, and jamming my #fender #guitar

We recently chatted with Dave Grohl about Foo Fighters’ new movie Studio 666, and during the conversation his drum battle and subsequent relationship with the young rockstar came up.

“Long before I was ever involved, she was perhaps the most inspiring person on the Internet,” he said. “To see someone so filled with love and joy and hope and music. Then that, coupled with this incredible musical ability at such a young age, just blew my mind. I’m sure most everyone felt the same. But to be involved in something that surely brought people three or four minutes of joy in an otherwise really dark time, I was honored.”

“The funniest part about her coming out to Los Angeles is we had never met,” he continued, referring to Bushell joining the Foos onstage to perform “Everlong.” “We met at soundcheck that day. I knew she was small. I didn’t realize she was that small. I mean, she’s fucking tiny! [Laughs.] I never questioned her abilities. I mean, she plays fucking Tool and Slipknot songs, so how hard could ‘Everlong’ be? Nothing is going to eclipse that moment. When she came out, that same feeling or energy that radiates in every one of her Instagram drumming posts was amplified times 20,000. People were just fucking ecstatic. They were crying. It was fucking amazing.”