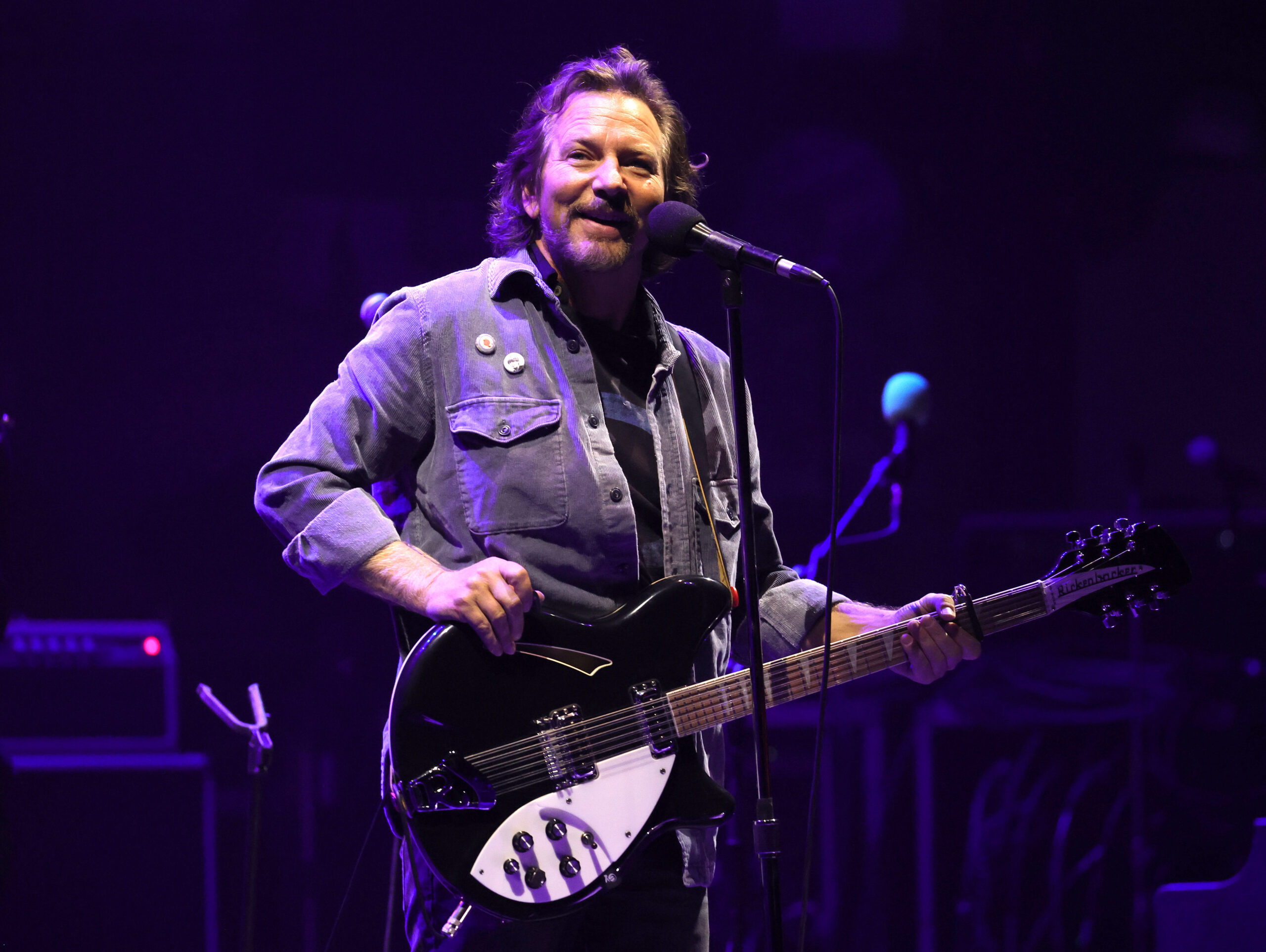 After Nikki Sixx hit back at him over the weekend in a tweet (and back-and-forth with fans), Eddie Vedder took another not-so-subtle swipe at Mötley Crüe. This time, instead of focusing on the band, the target of Vedder’s jab was Tommy Lee.

At last night’s New Jersey show with Vedder’s solo band, the Earthlings, he decided to poke fun at the drummer’s intricate kit that is mounted on a roller-coaster track. Lee had this track custom-built to allow him to soar over the audience while performing (and if you remember, this happened).

Anyway, during Chad Smith’s drum solo at the Earthlings concert, Vedder called out Lee by saying “That drum kit – that silver, beautiful machine that he is the engine of – does not need to elevate or rotate to do its job. Let me just point that out!”

The unexpected (and seemingly decades late?) feud between Pearl Jam and Mötley Crüe was stoked after Vedder spoke of his disdain for glam metal bands. In an interview with the New York Times, Vedder described working at a club in San Diego during the late ’80s where he’d load in band’s gear

Sixx caught wind of the comments and took to Twitter to voice his displeasure.

“Made me laugh today reading how much the singer in Pearl Jam hated @MotleyCrue,” Sixx said. “Now considering that they’re one of the most boring bands in history it’s kind of a compliment isn’t it?”

Let’s see what happens and who hits back next. Either way, Eddie Vedder and the Earthlings tour runs through February 22 where it concludes in Seattle.