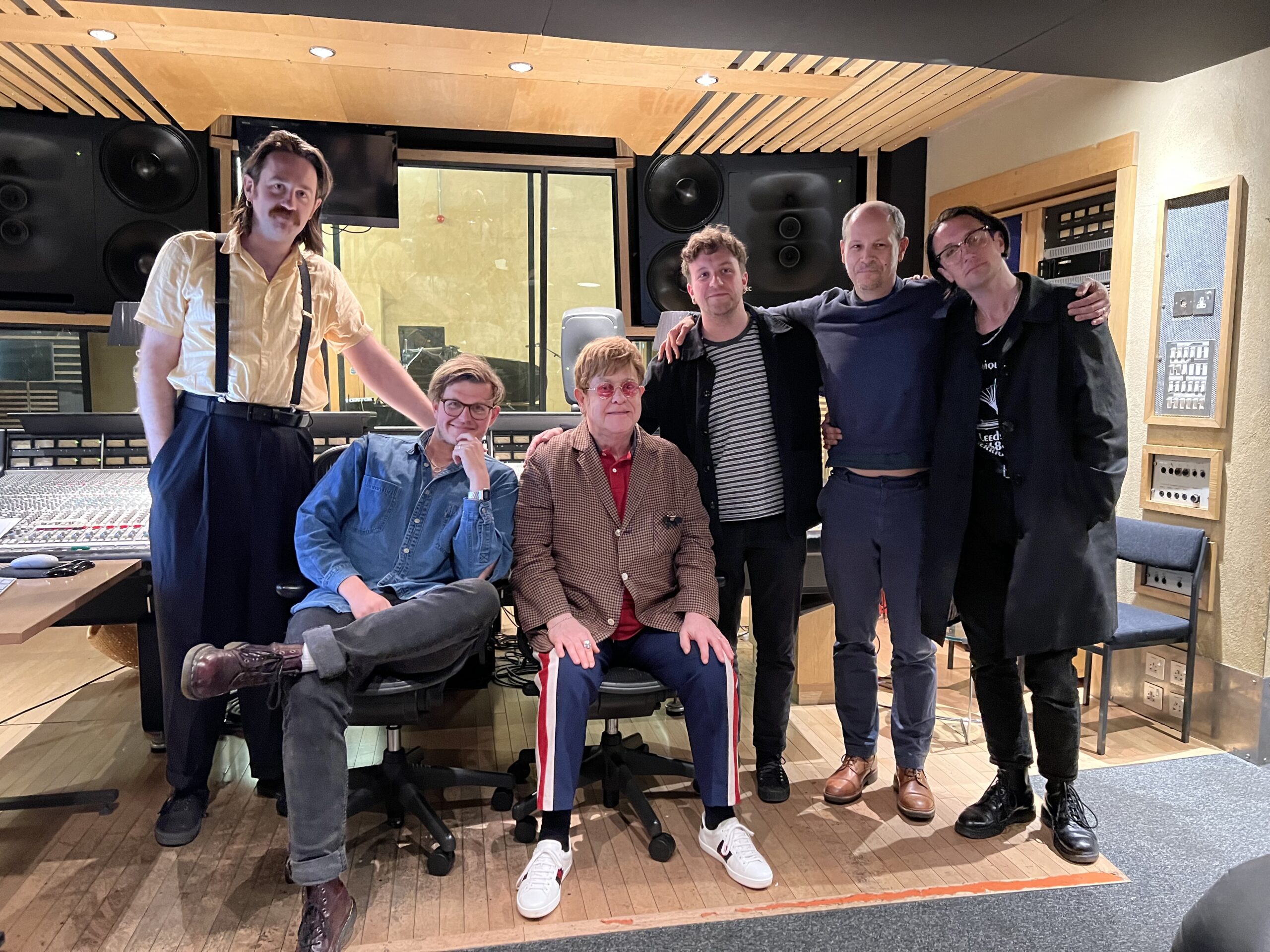 British rock quartet Yard Act has teamed with Elton John for a new version of the song “100% Endurance” from its acclaimed debut album, The Overload, which hit No. 2 in the U.K. earlier this year.

Recalling the genesis of the unlikely collaboration, Yard Act frontman James Smith says, “Elton John saw our stuff, and he started telling the press he thought we were good, and then we chatted on the phone and after a few calls, I said, ‘Elton, do you want to come to the studio and play piano on a tune?’ because, fuck it, it doesn’t matter if he says no. Anyway, he said ‘yes,’ so it doesn’t matter that he didn’t say no. I don’t know what else to say. He’s brilliant. Switched on, hilarious and an amazing musician.”

Enthuses John, “From the first moment I heard Yard Act, I fell in love with James’ lyrics, and the way he’s delivered the song. Their sound is such a breath of fresh air. When James called and asked if I would come into the studio, I instantly loved the idea. I started out as a session musician in the late ’60s, and I absolutely loved it then. It was such a thrill to be thrown in with musicians I’d never met before, it pushed me out of my comfort zone, and I became a better musician. During lockdown, I had the time on my hands to really start doing that in a concerted way again, and I fell in love with the challenge and the process all over again. They’re a very special band, with a massive future ahead of them, and I’m honored they’ve let me be a part of their journey.”

The album version of “100% Endurance” was accompanied by a video starring British actor David Thewlis, although for the moment there doesn’t appear to be a clip in the works to support the John-enhanced track.

Yard Act will play its biggest headline show on Dec. 1 at O2 Kentish Town Forum in London, following a North American tour beginning Oct. 5 in Vancouver. The band is on the road in Europe all summer and plays in Amsterdam tonight (July 1).