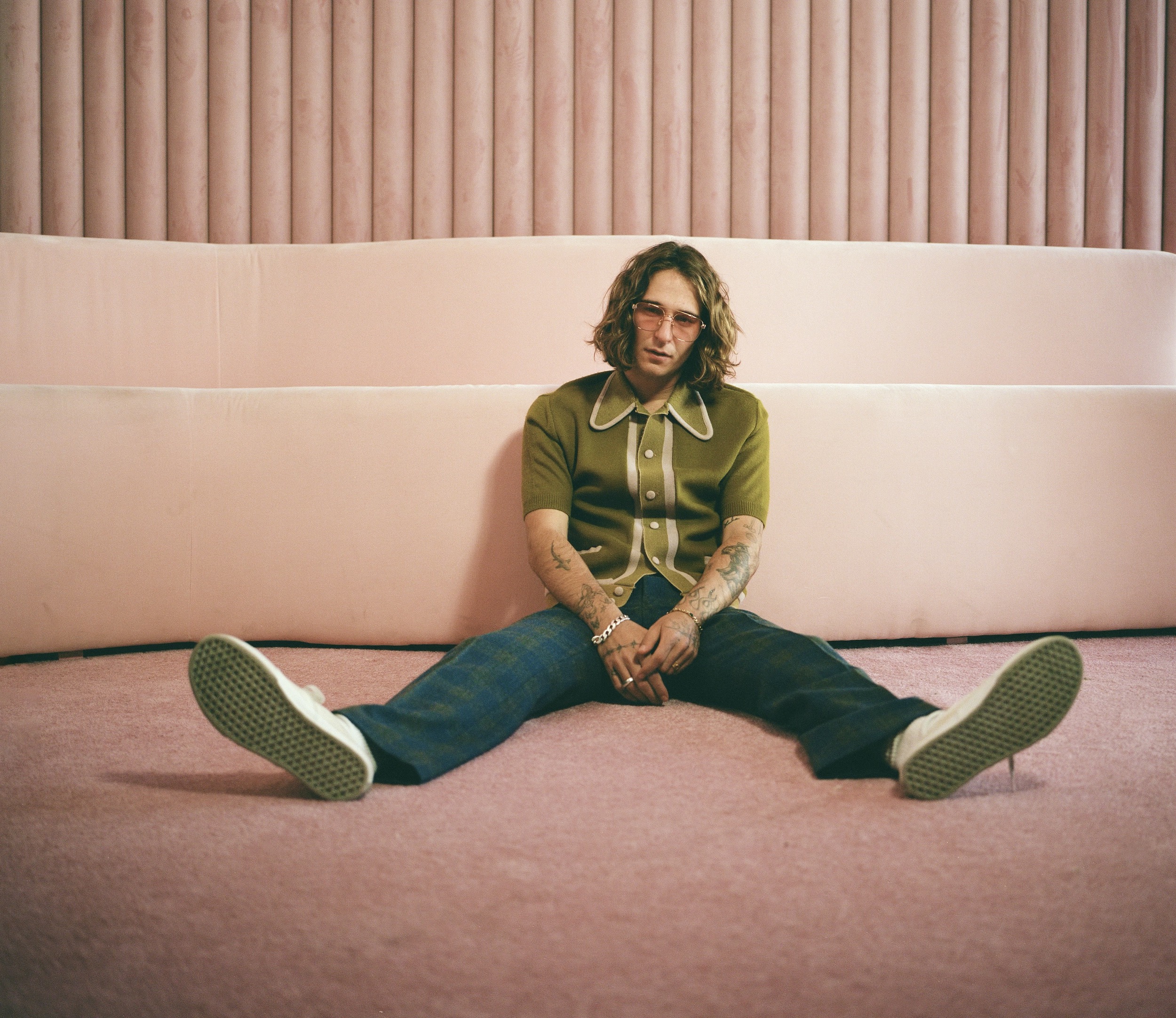 It’s a big year for Lennon Kloser, who performs under the moniker Kid Bloom. He’s been making gently psychedelic indie-pop since 2016, but it wasn’t until June 3 that he released his debut album, Highway.

Making an LP after years of releasing singles and EPs was new territory for Kloser. Not only was he re-introducing his music to the world, but he was also showing a different side of himself — one that is introspective and vulnerable. He started writing music for the album right before the pandemic hit in 2020. But when faced with the newfound isolation during the lockdown period, the configuration of the LP transformed.

“The album sounded completely different from pre-pandemic to after because, during it, I just started letting all this shit fly out of me,” he explains to SPIN over the phone. “I was like, ‘Okay, this is a little bit more of what I’ve been chasing forever,’ and I think that’s what then started to evolve the songs a little bit more. [The lyrics were] a little bit less personal or emotional [before that time in solitude]. And then when the pandemic hit, I was kind of forced to sit there by myself. That’s when it changed.”

Much of Highway explores the dynamics Kloser has with others and himself, looking back at what he wished he could’ve said and done in previous relationships, while also reflecting on how he’s changed through those connections. In “Middle Ground,” a bouncy, synth-focused track, Kloser examines his limitations within a relationship and decides he needs to make a change and “step onto the middle ground.” Whereas in “Remedy,” a disco-tinged tune, Kloser wonders if he took the steps “to be someone new.”

Sonically, Highway is also Kloser’s most wide-ranging work yet. The L.A.-based artist makes music that fits the city he calls home: Its chilled-out vibes don’t fit just one box, instead blending various genres like synth-pop, R&B, ’80s-inspired pop, and even hints of hip-hop. Reflecting back on his process, he says he let the music see where it’d go, toying with different sounds and “venturing into different characters.” “I just started [experimenting with] vocal choices and all that stuff,” he says. “That was a big one for me on this album; I think vocally I tried to do something I’ve never done.”

Kloser had the opportunity to co-write “Convince Me Otherwise,” the Maroon 5 song featuring H.E.R that appeared on the group’s 2021 album, Jordi. But his biggest collaborative goal is to work with Tame Impala. “You know what’s hilarious? I have this predetermined disposition where I feel like no matter what, if [the band’s Kevin Parker] hears my shit, he would hate it because I love him so much,” Kloser jokingly admits. “He’s inspired me to make music in so many fucking different ways that I feel like if he hears it, he’ll be like, ‘Oh, this is just fucking what I do.’ But, hey, who knows? I’m putting out good vibes into the universe.”

The experience of making Highway was so rewarding for Kloser that he’s already planning the next steps. “I’m literally already thinking about what my next album is going to sound like. I’m already like four songs in,” he says. “It’s going to sound completely different and juicy and hopefully the same amount of honesty and eloquence. But I think I just want to do something different. I want to go maybe even a little bit more pop.”

But before he ventures into making his next LP, Kloser has something else to look forward to: his headlining tour, which kicks off in September. “It is really surreal that this album’s out and now we’re playing it. What I’m looking forward to most is this music really coming to life.”

Tags: All Eyes On, kid bloom