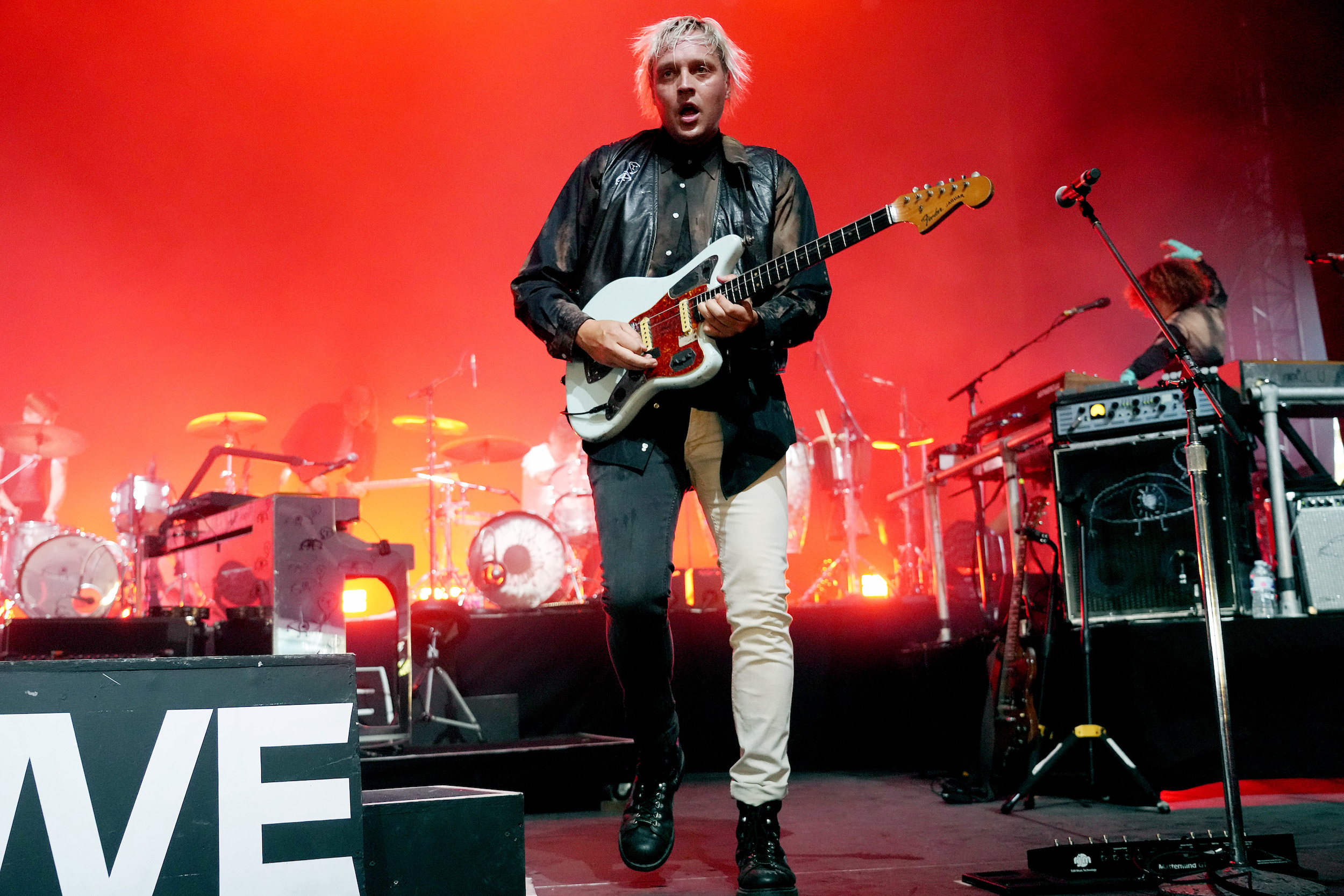 Arcade Fire took the stage at the Mojave Tent last night, just a day after announcing their addition to the Coachella lineup. After briefly halting their performance to direct medical attention to the crowd, the band dove into a 13-song set that included fan favorites as well as a few songs from their upcoming album WE.  The group had to re-start “Unconditional I (Lookout Kid)” so frontman Win Butler could re-compose himself. “It’s been a hard couple fucking years,” he said through tears. “We tell ourselves so much poison.”

Earlier in the set, Butler dedicated “The Suburbs” to the people of Ukraine. “Everyone in a punk rock band in the Ukraine right now,” he said. “I’m thinking about everybody who is dealing with the war right now.” He also gave a shout out to Coachella co-founder Paul Tollett and Pearl Jam prior to playing “Everything Now.”

“That motherfucker [Tollett] used to book Black Flag… There’s a band called Pearl Jam, and they’re like, ‘Black Flag is the fucking raddest band ever, so that guy can book our shows.’ At one point, they were like, ‘Fuck Ticketmaster. We’re not playing any venues with Ticketmaster.’ The only place they could play in LA in this shit… So that’s where the fuck Coachella came from. So thank you to Pearl Jam, and thank you to Paul Tollett.”

Watch footage from the set and check out Arcade Fire’s setlist below.