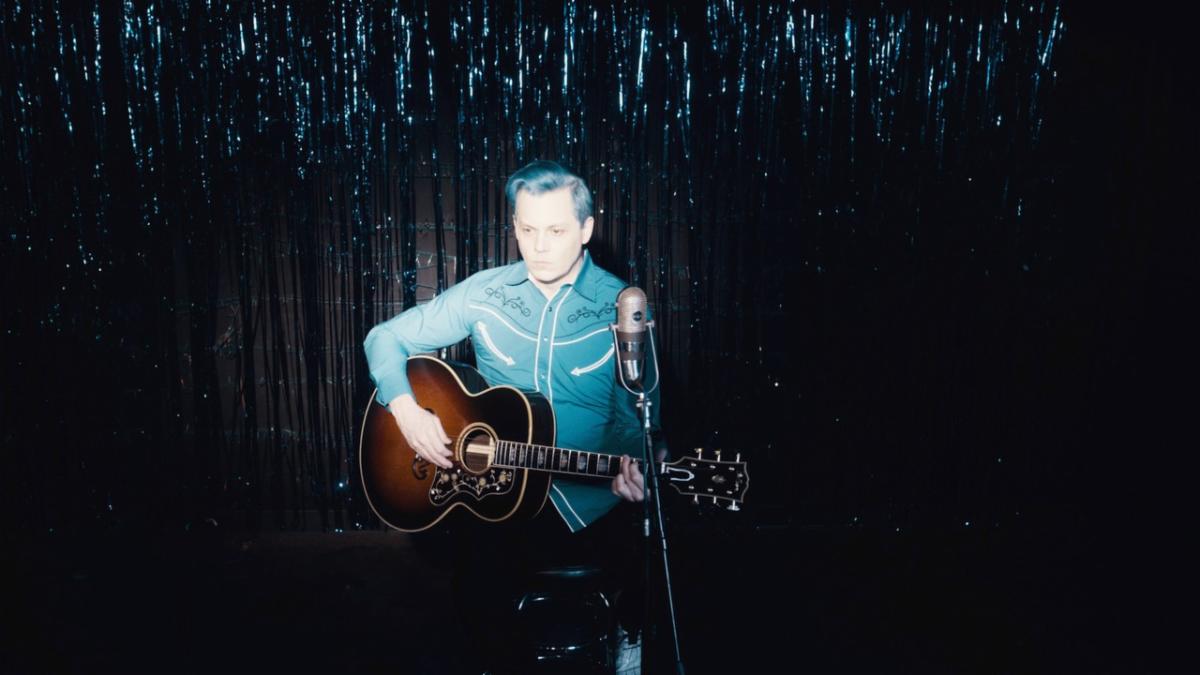 Jack White has already detailed plans for two new albums in 2022 — Fear of the Dawn on April 8 and Entering Heaven Alive on July 22 — and today brings the release of “Love Is Selfish,” the first single from the latter project. White directed the video for the track.

“Love Is Selfish” is a surprisingly mellow change-of-pace for White, especially on the heels of the fuzzed-out “Taking Me Back,” the lead single from Fear of the Dawn. The artist largely accompanies himself on acoustic guitar here; in the video, he’s alternately performing alone on stage at an empty American Legion Hall or sitting at the bar nursing a can of Narragansett beer. Lyrics like “I’ve got a sailboat with her name painted on it / but I don’t know how to sail” underscore the loneliness at the heart of the song.

In his first headlining shows in four years, White will kick off his Supply Chain Issues tour with two Fear of the Dawn release celebrations on April 8-9 at Detroit’s Masonic Temple Theatre. The trek will continue through Aug. 29 in Kansas City, Mo.