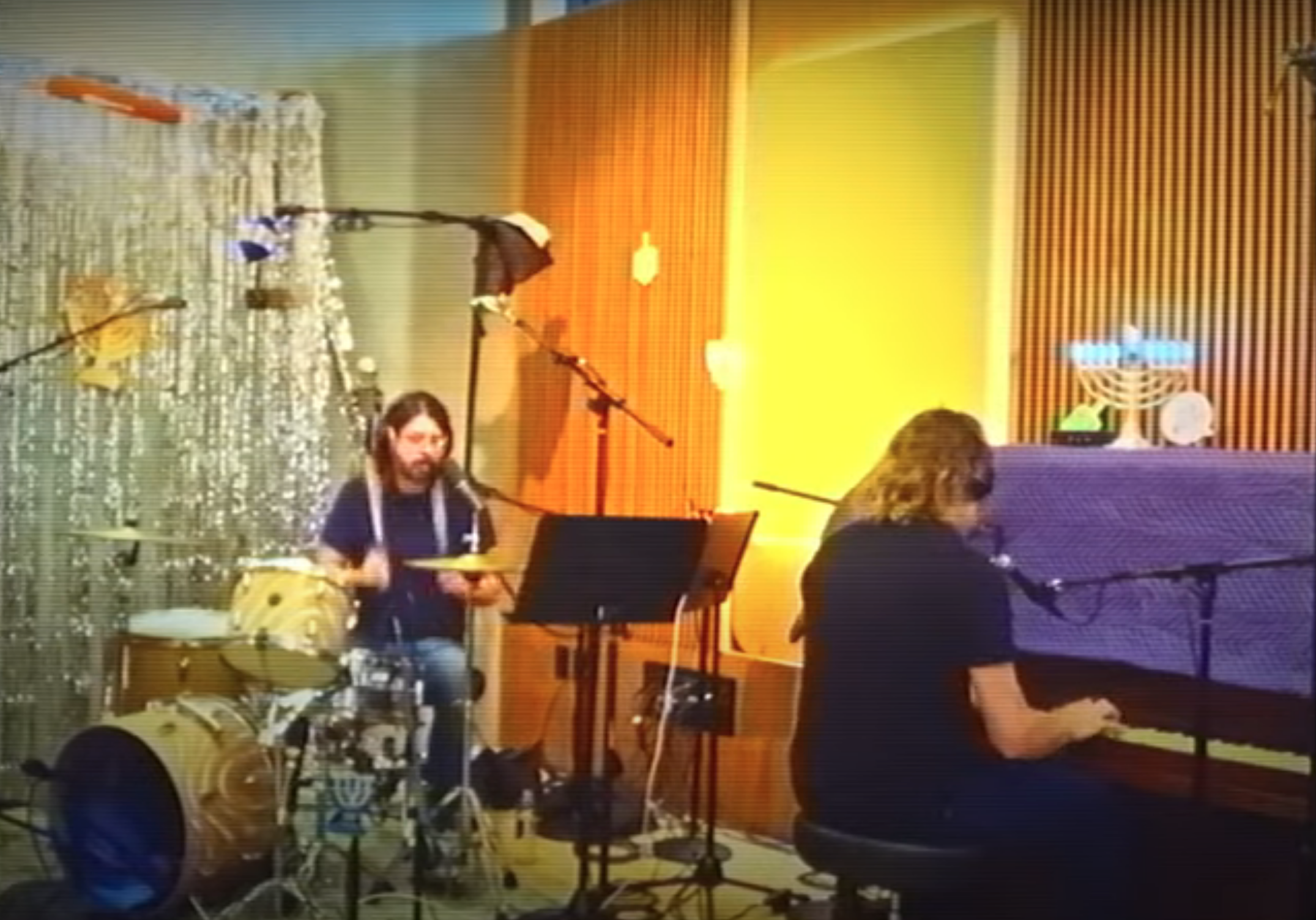 On the seventh night of Hanukkah, Dave Grohl and Greg Kurstin decided to take on The Clash’s “Train in Vain.” The second-to-last cover of the Hanukkah Sessions hails from London Calling.

“Michael Geoffrey Jones, born to Russian Jewish mother Renee Zagansky, would come to be known as punk rock legend Mick Jones, co-founder of The Clash. It’s London Calling Jerusalem as we take a ‘Train In Vain,’ a statement said.

On Friday, Grohl and Kurstin covered Billy Joel’s “Big Shot,” enhanced by kazoos. In addition to tackling “Big Shot, the duo has performed covers of “Stay (I Missed You)” by Lisa Loeb, “Blitzkrieg Bop” by the Ramones, “Copacabana” by Barry Manilow, “Jump” by Van Halen.

Grohl and Kurstin also covered Amy Winehouse’s “Take The Box” earlier in the week. Grohl’s daughter Violet was a special guest vocalist. Earlier in 2021, the younger Grohl also covered X’s “Nausea” with her father and with X at a show in Los Angeles.

As for his other activities, the Foo Fighters’ forthcoming horror-comedy, Studio 666, a gory (but rockin’) trailer. The Foo Fighters just announced a 17-date U.S. tour beginning in May.

Stay tuned for the final night of the 2021 edition of the Hanukkah Sessions on Sunday night.