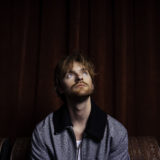 FINNEAS is following the footsteps of his little sister, pop superstar Billie Eilish, by announcing his debut solo album.

The 13-track set, called Optimist, is out via Interscope on Oct. 15. The 24-year-old musician wrote and produced all of the songs, including the first single, a dynamic power ballad called “A Concert Six Months From Now.”

The single is a bruising meditation on where we are now — a year and a half after the COVID-19 lockdowns began. The video, directed by Sam Bennett, features FINNEAS performing onstage at the Hollywood Bowl (which he namechecks in the song). The sound of clapping and shouting bursts and fades as FINNEAS sees there’s not a soul in the audience.

Watch the full video below:

Last year, FINNEAS caught up with SPIN following the U.S. Presidential election and spoke about the themes and events in lockdown that shaped his work on this new record. Read it here.

Additionally, FINNEAS unveiled the dates on his upcoming North American fall tour, which you can see below along with the tracklisting for the album.