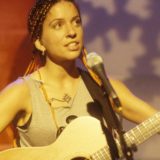 “On the Record” is a new SPIN feature where artists discuss their new, classic or re-released album and share the stories behind it.

Ani DiFranco has put out 21 albums—excluding live albums and including this year’s Revolutionary Love—since her self-titled, feminist-Rosetta stone, anthemic debut thudded against the merrily partying boys club of rock ‘n roll in 1990. Ani was the record’s only musician and sang of a different sexual revolution, one that launched her into the cultural collective as one of the most important and one of the most gifted artists in modern music.

For the second Record Store Day Drop on July 17, she’s re-releasing Ani DiFranco on vinyl. Sure, you can still stream it, but get the vinyl. If you can’t play it, buy a turntable. There are simply no excuses for not owning this record.

And later this year she’s doing a few live dates, starting at the Green River Festival in Greenfield, Massachusetts on Aug. 29. Check out her site for the latest info on her mini-tour.

We’re thrilled to launch this new series with Ani, and asked her to go on the record about, well, her rereleased debut record. 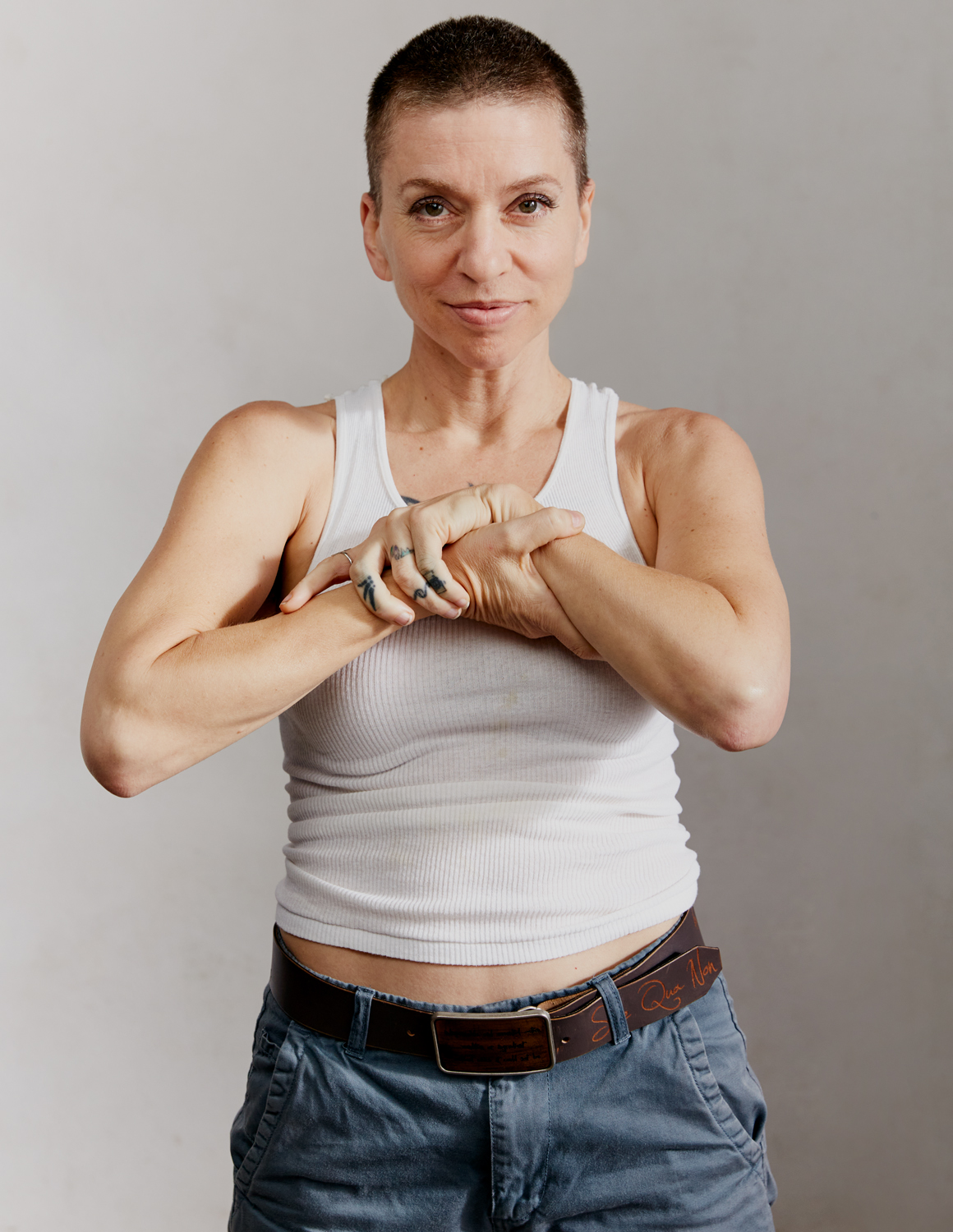 SPIN: What was your life like when you were writing and recording this album?
Ani DiFranco: I had just moved to NYC from Buffalo, but I was back and forth a lot on the Amtrak train. For money, I was doing everything from construction and house painting to nude modeling for art classes. Music gigs weren’t paying much at the time!

Was it easier or harder to break into the music business in 1990?
I never tried to break into the industry so much as avoid it. But I would say that it was probably harder. No internet. No home recording technology.

How was the album received when it came out—and was it what you expected?
I expected nothing, really. People, especially young women like myself, received it with great excitement and passion, but the press? That was very low-key and local, as you can imagine. I was a “nobody”.

Why does the world need Ani DiFranco now? What’s special about it? What sets it apart from all the other new albums coming out in 2021?
Whew, well…I think my first record was a harbinger of a world to come. One in which women are powerful and independent and able to command respect as something other than sex objects for men — a world we need to hold and dedicate ourselves to still!

What’s changed for women in music since 1990? Has anything changed for the better?
Oh, yes, things are better — take heart. Things are ever better. There is an ever-greater cultural vocabulary for all non-white heterosexual males and that means increased freedom and possibility and potential for us all.

What are you most proud of on this record?
It’s real and unadorned. It was probably a three-hour session, max. Just a girl singing her songs into a microphone.

What makes this album different from your others?
I was 18! I had no baggage, no fame, no critics and no expectations to contend with. 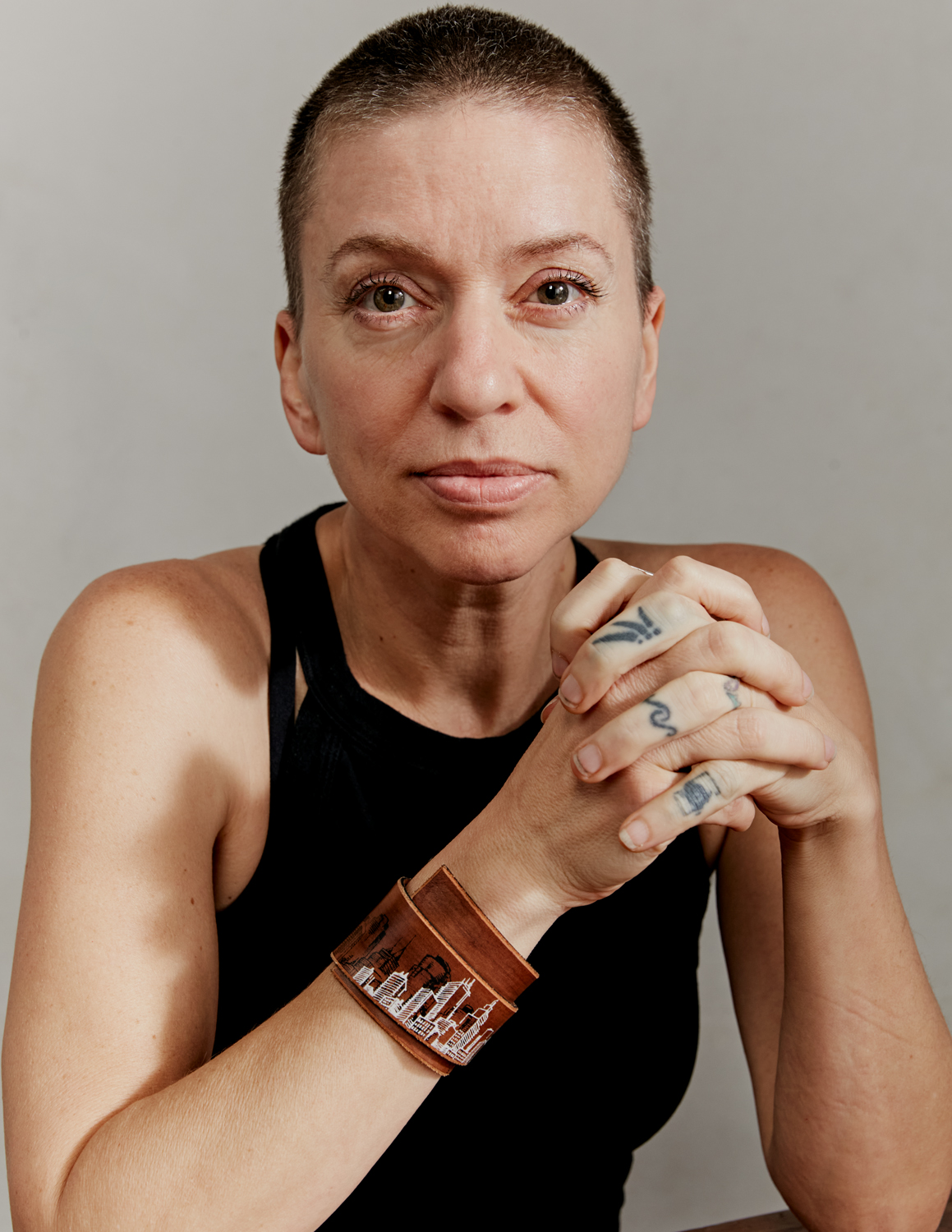 What’s your favorite song on the record?
I guess “Both Hands” because it is such an audience favorite to this day. It is also side one, take one of my whole recording career to it has a special symbolism to me.

How does it feel to be called an icon?
I’ve been called worse things!

Tags: ani difranco, On the Record