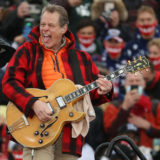 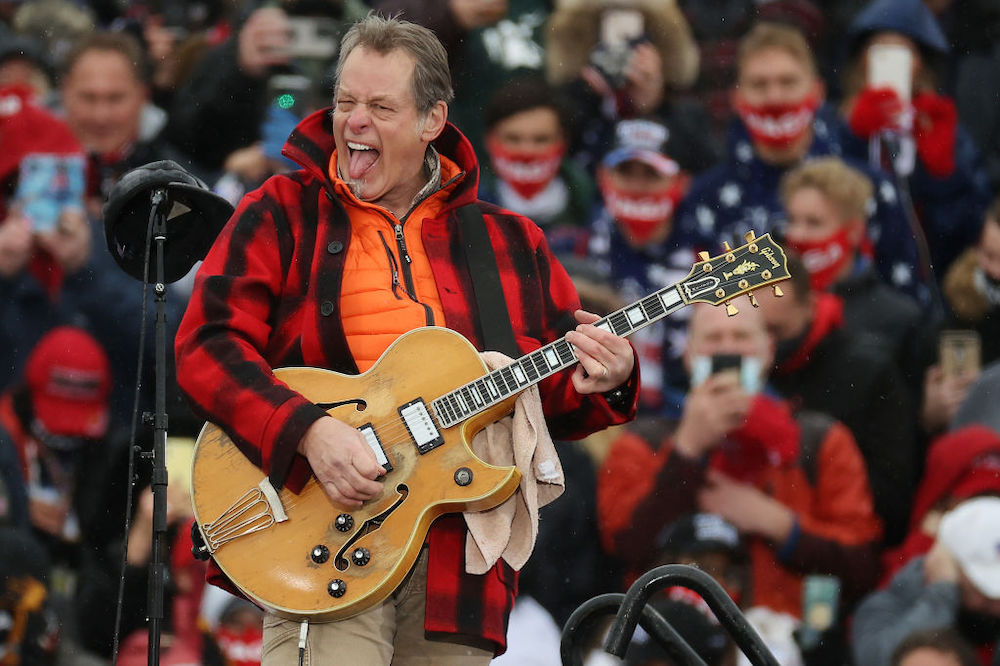 Thanksgiving is right around the corner, and with coronavirus cases soaring, the Center for Disease Control and Prevention recommends celebrating virtually or with the people you live with in an effort to curb the recent spike. Many local officials have mirrored this sentiment and suggest restricted gatherings this holiday season. But this is America. And Ted Nugent won’t let those “dirty, rotten, soulless bastards in positions of power” tell him what to do.

“There are dirty, rotten, soulless bastards in positions of power that are trying to tell us how we can celebrate Thanksgiving with our families,” he said on the most recent episode of his Ted Nugent Spirit Campfire show. “We need to escape that ugliness — not turn our back on it, because we need to raise hell and let our mayors and our governors and our senators and congressmen know: you can’t tell me how many people I have at Thanksgiving. … You’re not in charge of my Thanksgiving. We are in charge of our Thanksgiving. You’ve got to express that to those people.”

The conservative “radical” went on to explain his “experiment in self-government,” which involves bugging said “dirty, rotten, soulless bastards in positions of power” and demanding answers to his questions.

“If everybody out there in America wants to be the ultimate ‘We the People’ and experiment the ultimate self-government, express yourself firmly,” Nugent said. “You don’t scream; you don’t swear at ‘em. I’m tempted to, but I don’t. But I make sure they answer my questions. And if they don’t, I tell ‘em I’ll call ‘em back later. ‘It’s 2:00 on Monday. You can’t answer this question now. How about if I call you on Wednesday at 2:00? Because I’m not gonna let you off the hook. You’re gonna answer these questions or I’m gonna spread the word that you’re a power abuser and we’re gonna fire you.’”

“When I say stuff like that, people think I’m radical,” he added. “That is standard operating procedure in an experiment in self-government. So I hope this vitality and this adamancy and this demand of independence — not just declaration of independence; demanding of independence — I hope it’s contagious on the Spirit Campfire, and I hope people are running this up their individual family flagpoles like their mean it.”

At time of writing, the United States has reported 12 million coronavirus cases and more than 254,000 deaths since the pandemic hit in March. Just yesterday, a record-breaking 198,537 new cases were announced.