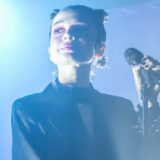 If you had “Poppy partnering with WWE to release a new EP” on your 2021 Bingo card, you were paying more attention than we were in the previous weeks. After showing up to perform on WWE’s NXT several times over the past year, Poppy went on the show last night to announce the release of her new […] 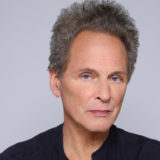 Former Fleetwood Mac guitarist/singer Lindsey Buckingham announced he’s releasing a self-titled LP on Sept. 17, sharing the first single ahead of the set, “I Don’t Mind,” today. It’s his first solo album in a decade. Additionally, Buckingham disclosed dates for a tour to launch on Sept. 1 in Milwaukee and will run through Dec. 20, […] 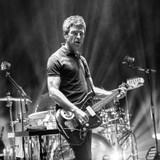 Another tune from Noel Gallagher’s High Flying Birds’ upcoming greatest hits album, Back The Way We Came: Vol 1 (2011-2021), has arrived. The former Oasis member is quite proud of the track, sharing on social media that “‘Flying On The Ground’ is literally the best thing I’ve released since the last thing I released. If Burt Bacharach […] 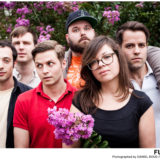 Fucked Up to Release 10th Anniversary David Comes To Life Vinyl, Plus ‘The Truest Road’ Rarity

Toronto punk band Fucked Up is celebrating their concept album David Comes To Life with a limited-edition two-LP reissue on lightbulb-yellow vinyl. Out via Matador Records on Dec. 10, the collection will revisit a set of songs that splayed freely into unexpected instrumentation, psychedelic drift, and situationist philosophy. Additionally, “The Truest Road,” pulled from a rarities LP that […] 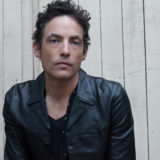 With Exit Wounds (the band’s first album since 2012) due out on July 9 via New West Records, the Wallflowers just released the third song from the album ahead of their appearance on The Late, Late Show with James Corden on Tuesday (June 8). “Who’s That Man Walking ‘Round My Garden” sees Jakob Dylan’s momentum continue. The timeless Americana […] 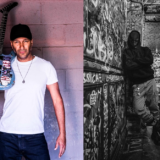 A few weeks ago, Tom Morello and Pussy Riot joined forces for a powerful new song called “Weather Strike.” Though it seemed like a one-off at the time, the tune is part of a new EP, The Catastrophists, put together by Morello and Bloody Beetroots.  Today, another new song has emerged from that seven-song collection. Titled […] 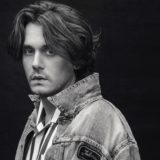 As the world awaits what’s to come from John Mayer, he’s been inspired by the ’80s as shown in the art and video for his new single, “Last Train Home.” With grainy footage, a pink electric guitar, and the Dead & Co. guitarist’s signature hairstyle and riffs, the entire song is a vibe. Not to mention […] 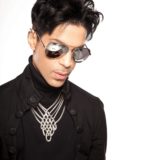 “Born 2 Die,” the second single from Prince’s unreleased 2010 album Welcome 2 America is out now. The song debuted on BBC 6 Music’s Breakfast Show this morning, with Prince’s long-time musical director Morris Hayes joining host Gemma Cairney to introduce it. Hayes shared a look behind Prince’s inspiration for the song. “We got to ‘Born 2 Die,’ […] 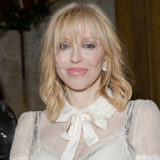 Courtney Love seems to have put the definitive kibosh on a Hole reunion, telling Vogue, there is “absolutely not” going be a reunion. “And you guys have gotta get over it. Our old manager Peter Mensch calls once a year to ask about a reunion: ‘Hey, just doing my thing I do every year with […] 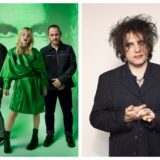 Scottish indie pop outfit CHVRCHES and The Cure’s Robert Smith have teamed up for “How Not to Drown,” which also happens to be the first song off the band’s upcoming fourth studio album, Screen Violence. The album will be released on Aug. 27 on Glassnote Records. The tune is the second to be released from the […]