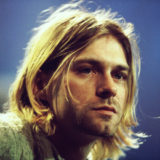 Kurt Cobain’s Death Was Apparently Looked Into by the FBI

Kurt Cobain is many things…but the subject of an FBI file? Yep, you read correctly. As Rolling Stone pointed out, the FBI recently released its archived records pertaining to the 1994 death of the Nirvana singer. The bureau’s 10-page file reveals nothing too exciting. Basically, two people not named asked the FBI to investigate Cobain’s death, saying […] 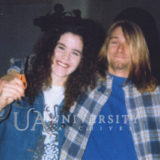 If you’re a rich person who’s been wondering when you’d finally be able to show off your wealth by purchasing locks of Kurt Cobain’s hair, well, you’re a creep. That said, apparently, you’re a lucky creep. As of today, six locks of the Nirvana legend’s hair will be available as (hopefully) the weirdest lot in […] 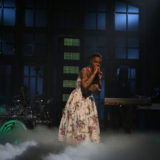 Kid Cudi quietly paid homage to Kurt Cobain during with his wardrobe choices on Saturday Night Live last night. The rapper played two cuts off his latest album, Man on the Moon III: The Chosen, and during his first performance (“Tequila Shots”) wore a green cardigan reminiscent of Cobain’s famous MTV Unplugged sweater. The outfit also paid tribute to Chris […]

On the 27th anniversary of Kurt Cobain’s death, the Lumineers co-founder Jeremiah Fraites has shared his take on Nirvana’s “Heart-Shaped Box.” It’s from Fraites’ just-announced EP titled Piano, Piano (Acoustic), which will be released via Dualtone Records on April 16. The new collection will be made up of seven live tracks of songs released on his debut […]

Before Kurt Cobain became a household name thanks to Nirvana, he was a teenage prankster in his hometown of Aberdeen, Washington. (Stars, they’re just like us?) Melvins frontman Buzz Osbourne remembers the night in May 1986 that he and pal Cobain, 19, “were out spray painting graffiti all over town” — antics that eventually landed […] 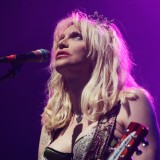 Courtney Love offered her approval for Miley Cyrus’ recent cover of Hole’s “Doll Parts,” saying she was “touched” by the performance. In the same Instagram post, Love shared a video of her late husband, Kurt Cobain, telling the crowd at a Nirvana show that Love was “the best fuck in the world.” In a previous Instagram […]

Eddie Van Halen’s “Frankenstrat” is easily one of the most recognizable instruments in rock history, and Kramer Guitars’ early take on the design (as seen in the “Hot for Teacher” music video) now belongs to a wealthy new owner. The instrument sold for $422,050 at the Icons & Idols Trilogy: Rock ‘n’ Roll Auction held […] 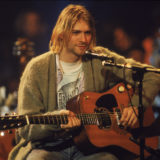 Due to the pandemic, it was a smaller than usual group at Julien’s Auctions in Beverly Hills, but excitement still crackled through the air as spectators and bidders, held their breath, bit their lips and sat on the edges of their seats as Nirvana frontman Kurt Cobain’s famed 1959 Martin D-18E acoustic guitar (and its […]