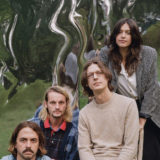 There are many pieces of wisdom artists acquire from their inception, to their big break and beyond. Navigating the beginnings of a fruitful period in their career, Major Murphy is surely learning that artistry and success requires balance. Major Murphy is the Grand Rapids indie-rock band that’s been turning heads with their recently released LP, […] 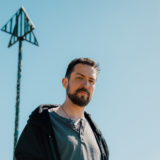 Frank Turner hasn’t put out music in almost two years, but now he’s breaking that silence with a vengeance. Not only did he just release a brand new track, “The Gathering,” which features both Grammy-winning alt-country star Jason Isbell and Dominic Howard (the drummer of a little band called Muse), but the English folk-punk standout […] 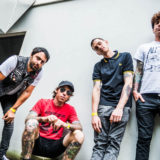 Punk Pioneers in the Middle East

Yotam Ben Horin is feeling pretty pensive these days. He’s back in the U.S. to record an intimate solo record, and in a couple of weeks, his band Useless ID is releasing Most Useless Songs, a milestone best-of album on Fat Wreck Chords that spans the Israeli band’s 27-years in music. These 16 songs (including […] 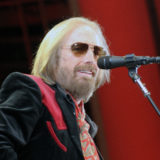 Tom Petty’s 1992 “life on the road” tune “Drivin’ Down to Georgia” is now accompanied by a nostalgic new music video. The video takes viewers through a grand time on tour with the Heartbreakers. Directed by Alison Tavel, the archival video footage was shot by band bassist Ron Blair and Martin Atkins, director of the […] 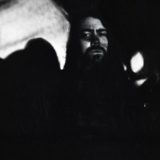 After a couple of days of teasing a new collaboration on social media, the Los Angeles noise rock darlings and caps lock connoisseurs in HEALTH finally released their new track with Nine Inch Nails, “ISN’T EVERYONE” (via Loma Vista Recordings). The track is also produced by the two bands and mixed by Trent Reznor’s go-to […] 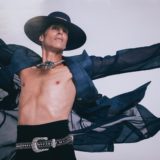 SPIN is partnering with Scott Lipps to bring to you SPIN Presents Lipps Service. The acclaimed podcast has featured many of the biggest voices and personalities in music, including exclusive interviews with Red Hot Chili Peppers singer Anthony Kiedis, David Lee Roth, Shepard Fairey, Courtney Love, Dove Cameron and many, many more. This week’s episode […] 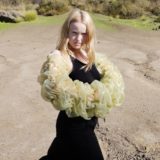 Laura Jane Lowther is a creative pioneer living her truth and inviting everyone to join the party. The beauty of KUČKA’s artistry lies in the power of contemporary exploration in duality, emotions, and the nuances of self. An introspective yet, vibrant and upbeat approach, the globally raised producer/songwriter, bares her being within her sensory satisfying […]

Model Ashley Morgan Smithline was one of the first women to accuse Marilyn Manson of sexual abuse when accusations first surfaced publicly on Feb. 1. In a new interview with People, Smithline detailed the harrowing nature of the abuse. Calling Manson the “most terrifying monster in the world,” Smithline said that during their two-year relationship from […] 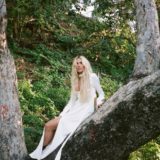 A Day in the Life of…Natalie Bergman

The first song Natalie Bergman wrote for her debut solo album Mercy, “Home At Last,” describes an interpretive spiritual, ethereal home, and was inspired by the 2019 car accident that took the lives of Natalie’s father and stepmother. In the song, she asks: “Answer my prayer, when a great man falls and the skies collapse, […] 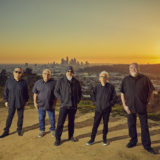 Veteran Los Angeles-based rockers Los Lobos shared a pair of covers — “Love Special Delivery” originally by Thee Midniters and the Beach Boys’ “Sail On Sailor” — ahead of their 13-song Native Sons album. Produced by the band, the album also contains one new song, which happens to be the title track. Los Lobos take on favorites […]