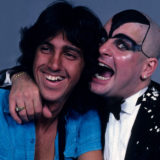 The ’80s Music Scene? Mark ‘Weissguy’ Weiss Was There, With His Camera

Go to absolutely any of the near-400 pages of The Decade That Rocked —the new coffee-table-worthy collection—and you’re sure to find one of the most vibrant, iconic images of all time, every time. That’s because Mark “WEISSGUY” Weiss (as he likes to call himself) was the photographer behind some of those legendary moments. From the […] 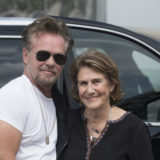 In July 1985, Bob Dylan stood on stage at Live Aid and suggested a concert just for America’s farmers. Willie Nelson, Neil Young and John Mellencamp ran with the idea, and on Sept. 22, 1985, Farm Aid held its first concert in Champaign, Illinois in front of 80,000 people, featuring performances by its founders, as […]

Let’s face it: With most “Best Albums” lists, you know the broad strokes of the ranking before you even click. Part of that predictability is understandable: Most iconic records earn their reputation. But these rankings shouldn’t be fossilized, and a shit-ton of amazing LPs have been shoved aside in the pursuit of maintaining the status […]

For a band to “make it,” it takes a lot of luck, timing, and in some cases, a village. Even then, success isn’t guaranteed. On the other side of that equation, is 99.999999% of everyone else who tried but didn’t “make it.” That doesn’t mean they weren’t good or worthy of massive success, but for […]

When Micheal Somersel was 8 years old, his Brooklyn, NY birthplace led the city in murders; 125 killed within the 75th police precinct. Gangs, drugs and an intersection once known as “the four corners of death” was his home turf, off the Van Siclen stop on the C and 3 subway trains. Over the decades, […]

Krist Novoselic on the Lasting Impact of Nirvana

For many, Nirvana were the voice of Generation X. And with good reason. Kurt Cobain’s lyrics reflected elements of alienation and angst of the post-Boomer generation, while their incredibly melodic music powered by Krist Novoselic’s booming bass and Dave Grohl’s tenacious drumming took what was going on underground and brought grunge and alternative to the […]

The Most Influential Artists: #1 Nirvana

As part of our 35th anniversary, we’re naming the most influential artists of the past 35 years. Today, we’ve finally reached the top spot. From Seattle, Washington, here is Nirvana. CREDIT: Gie Knaeps/Getty Images The hero’s journey has been told time and time again. Hero leaves small town, battles along the yellow brick road and […] 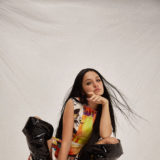 “They say you’re always chasing it, and realistically I don’t think I’m ever gonna be like ‘I made it.’ When I can nail the balance of being happy and releasing music that, to me, would be the ultimate goal. Which I haven’t done yet, but I’m hopefully on my way.” And CXLOE is.  Real name […] 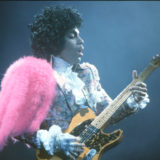 The Most Influential Artists: #2 Prince

As part of our 35th anniversary, we’re naming the most influential artists of the past 35 years. Today, we’re at #2. From Minneapolis, Minnesota, here is Prince. CREDIT: Michael Montfort/Michael Ochs Archives/Getty Images Prince Rogers Nelson’s kingdom was a soulful, revolutionary world without boundaries. His lust for sex and sultry guitar licks birthed a sound […] 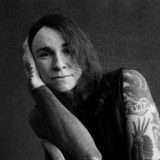 Laura Jane Grace on Staying Alive and Staring Into the Abyss

There are a number of pre-pandemic luxuries that Laura Jane Grace misses during these precarious times. But the glaring absence of live shows – and the resulting human connection – has left a particularly large hole in her bleeding singer-songwriter heart. “I miss it a lot,” the Against Me! singer tells SPIN from her snowy […]