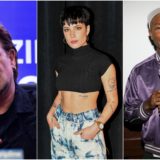 Bono, Halsey and Pharrell Williams are joining the cast of the computer-animated musical comedy Sing 2, it was announced on Monday. In addition to the three musicians, Bobby Cannavale, Letitia Wright, Eric Andre and Chelsea Peretti will be voicing characters. The original Sing was released in 2016 and starred Matthew McConaughey, Reese Witherspoon, Scarlett Johansson, Taron Egerton, Tori Kelly […] 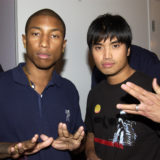 The Most Influential Artists: #16 The Neptunes

As part of our 35th anniversary, we’re naming the most influential artists of the past 35 years. Today, we’re at #16. From Virginia Beach, Virginia, here are the Neptunes. CREDIT: Johnny Nunez / Contributor Chad Hugo and Pharrell Williams have been popular music’s phone-a-friend since the turn of the century. Ever since they first linked […] 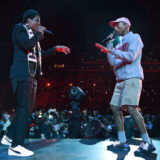 Pharrell Williams and Jay-Z are surprising us with a new collaboration that’s set to release tomorrow (Aug. 21). “Entrepreneur” is about not only combating systemic injustice, but also encourages the black community to follow that ambition. “The intention for a song was all about how tough it is to be an entrepreneur in our country […] 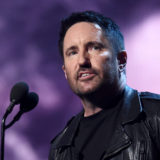 This morning, though it still feels weird to say it, the 2020 Emmy nominees were announced. For our purposes, there were quite a few familiar names on that list. Nine Inch Nails’ Trent Reznor and Atticus Ross were nominated for Outstanding Music Composition For a Limited Series, Movie or Special (Original Dramatic Score) and Outstanding Original […] 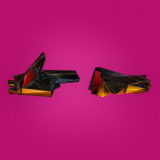 Run the Jewels don’t make a reviewer’s job easy because everything that’s great about them is the stuff we’re supposed to ignore to get to the bottom of the hype. They began as the best kind of “supergroup”: An unlikely pairing of beloved talents who still had plenty of room to peak higher. El-P’s fantastic […]