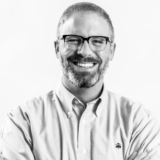 (Writer’s Note: Prior to this interview, I was aware of the accusations regarding Sonnier where he is accused of protecting a dangerous employee. An earlier version of this article declined to mention the accusations surrounding Adam Donaghey. You can read about that situation here.) A few years ago, my wife and I plopped ourselves on the […] 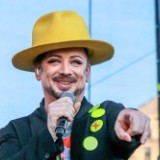 In 2019, when Boy George announced his biopic, he mentioned that he wanted Sophie Turner to play him. Now that biopic is becoming more of a reality. George’s film now has a title —Karma Chameleon because of course — and finds the singer saying that “there are rumours of Keanu Reeves popping in,” according to Deadline. Whether that’s […] 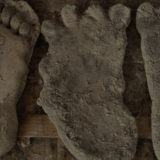 It may have a beautiful name, but the Emerald Triangle — the tri-county region in Northern California known for producing an abundance of weed — can, at times, be an unsettling place. Away from the sparse mountain roads, the terrain is full of deep, dense forests — places where cell signals have no towers to […] 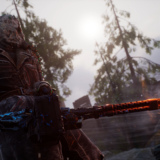 If there’s one game that’s surprised a lot of people in this new console generation (other than Astro’s Playroom), it’s Outriders. Written off by many as “just another looter-shooter” set in a futuristic apocalypse scenario (one brought on by climate change instead of Terminators or easily-transmitted respiratory viruses), the latest title by the Polish Gears […]

What’s It Like to Be a Woman in Stand-Up Comedy? It’s Hysterical

FX is stepping behind the velvet rope with Hysterical, a documentary about emerging and established female comics that looks at how the comedy world is finally catching up with the times. Feature-length, the piece explores the joy of stand-up, tackles the “women aren’t funny” trope, tiptoes into cancel culture from a female perspective, and reveals […] 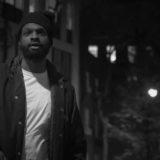 Whatever Is Left of It

April 1st (aka April Fool’s Day) marks 13 months since independent venues have been shut down across the country due to COVID-19, including comedy clubs and comedy theaters. While musicians adapted nimbly and found ways to thrive publicly with livestreams, comedy went underground. Backrooms, basements, rooftops, alleyways and even apartments and backyards became the new […] 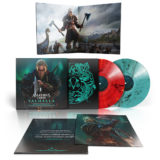 Fans of the Assassin’s Creed Valhalla soundtrack can finally rejoice, as their wish for a limited edition vinyl release has finally come true. Ubisoft partnered with Lakeshore Records to put out the multicolored double-album containing hours of the game’s original score. The May 21 release (which is available for preorder through Lakeshore right now) features an […] 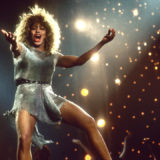 To be a Baptist gospel choir singer from Nutbush, Tennessee, and dream of being the first Black rock and roll performer to sell out football stadiums is a daunting desire to have, let alone achieve. However, Tina Turner did just that and HBO’s documentary TINA shares that story from desire to fulfillment.  Magnetized by her […] 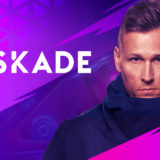 If normal live-streamed performances haven’t been enough for you during the COVID era, Epic Games are back with another big addition to their Fortnite Party Royale series. As previously announced on Monday, Grammy-nominated DJ Kaskade is the latest artist to be featured within the massive video game, headlining tonight’s event at 8pm ET. As those who […] 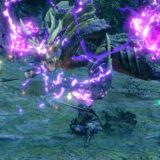 For the first 15 years of its existence, Monster Hunter was a pretty niche video game series that had really only seen modest success outside of Japan. Its combat and variety of massive enemies were nearly unrivaled, but the complexity of the game meant a learning curve that could scare off anyone who wasn’t willing […]